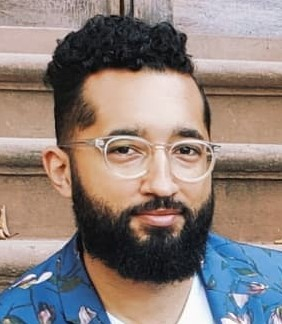 Christien Philmarc Tompkins is a cultural anthropologist broadly concerned with the critical ethnographic study of how technocratic interventions into inequality reproduce racialized governance in the United States. His current research shows how experimental education reforms in Post-Katrina New Orleans have created new terrains for the development of racializing forms of expertise, design thinking, labor, and entrepreneurialism. This work intervenes in critical debates on the nature of neoliberalism, development, and colonial sovereignty by demonstrating how New Orleans has become a simultaneously exemplary and exceptional site for racializing technologies and institutions. The city has long been held up as a site of experimentation with racial orders. Now, it is also positioned as an ideal locus for reflecting on reconstruction as a mode of governance, one which I argue is endemic to the Anthropocene as man-made political and economic crises continue to dovetail with natural disasters as seen in Houston and Puerto Rico.

Pieces of this work have been published in Souls, and will be comprehensively published in his forthcoming book, Reconstructing Race: New Orleans Education Reform as Experimental Labor, which has been selected by the University of California Press as a finalist in the new series, Atelier: Ethnographic Inquiry in the Twenty-First Century (http://www.ucpress.edu/blog/30334/introducing-the-2017-atelier-finalists/). The book argues that in Post-Katrina New Orleans the unprecedented conversion of ninety percent of district schools into privately managed charter schools has served as a fertile site for debates over systemic interventions to alleviate racial and economic inequality. Reconstructing Race shows how, despite initial socio-political naiveté, reform-minded educators, non-profits, and entrepreneurs have developed sophisticated techniques of recognition, selective inclusion, and racialized expertise. Reconstructing Race finds that New Orleans’ citywide experimentation with private management as well as the work roles and laboring subjectivities of educators has led to the proliferation of new terrains of racialized governance, where educators, policymakers, and entrepreneurs reconfigure and mobilize race under emergent entrepreneurial and expert cultures.