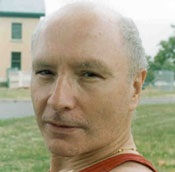 Professor of Anthropology
Department of Anthropology
Ruth Adams Building 312
Phone: (732) 932-1139
Email: This email address is being protected from spambots. You need JavaScript enabled to view it.
Ph.D. Australian National University, 1969

Most of my current research is in kinship studies, particularly with a view to an extended critique of the so-called "performative" kinship studies inspired primarily by David Schneider and more recently taken up by Marshall Sahlins. I believe that the performativists are demonstrably wrong in arguing that criteria such as commensality, co-residence, and early nurturance have the same semantic status as procreative criteria, that the last-named nearly always provide a model for other means of establishing kinship, and that, throughout the world, kinship is based on the nuclear family. Moreover, I am concerned with the sloppiness of performativist analyses, their hegemonic aspirations in the current academic environment, and their subscription to antediluvian Durkheimian and Marxist models of human sociality - all of which, I believe, bode badly for the future of higher education. I argue that these models provide a critique of Western Civilization that is largely unwarranted, that lends itself to authoritarian and utopian thinking, and that is therefore fundamentally at odds with a free society. Those interested in a more extended treatment of these theses are directed to my recent articles:

"Contesting Marshall Sahlins on Kinship" (OCEANIA 2014), "Toward a Post-Schneiderian Perspective on Kinship" (JOURNAL OF ANTHROPOLOGICAL RESEARCH 2016), and "Fifteen Complaints Against the New Kinship Studies: (ANTHROPOS 2018). I have also edited a Festschrift in memory of Professor Harold Scheffler which has recently been published by The Australian National University Press.