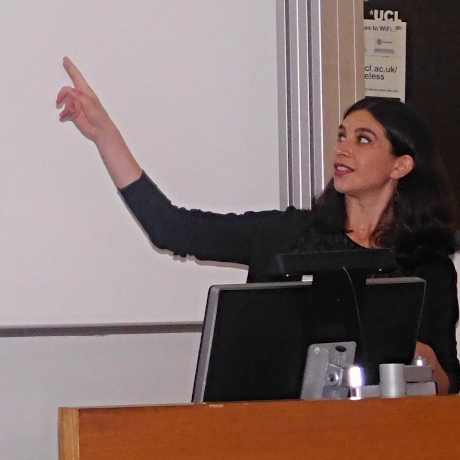 After graduating from Rutgers, Janina Pescinski studied minority rights as a Humanity in Action Fellow in Amsterdam (2012).  She also has worked for Amnesty International as a research assistant on francophone West Africa.  Janina then earned an MA in Human Rights at Sciences Po Paris (2014).  In her current position, as a Junior Research Fellow at the United Nations University Institute on Globalization, Culture and Mobility in Barcelona, Spain, Janina conducts research on migration, with a focus on human rights and gender, to write academic, policy and media publications.  She also serves as UNU Gender Focal Point, coordinating policies to promote gender equality and women’s empowerment across the UNU system.

At Rutgers, Janina pursued several research opportunities through the anthropology department. While studying abroad for a year in Paris, Janina did an independent study in anthropology comparing French and American student perspectives on race in the 2008 American presidential election. As an Aresty Research assistant, Janina worked on a project on collective action among African women. For her honor’s thesis on women’s political participation in Niger, she conducted fieldwork in Niger and archival research in France.

Photo: Janina presents her research on the criminalization of humanitarian assistance to migrants in Europe at a conference at University College London, June 2017. © Tatevik Khudinyan