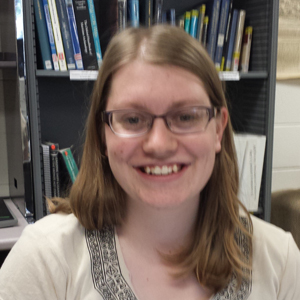 Patricia Schwindinger is a 2012 Anthropology Rutgers graduate. In the summer of 2013, Patricia completed the Sanisera Underwater Archaeology field school. That fall, she enrolled in Texas A&M’s nautical archaeology program, where she is working towards completing her PhD.

In the summer of 2014 she participated in a joint project between A&M’s Institute of Nautical Archaeology and the University of Zadar to excavate the Gnaliç shipwreck, a Venetian ship that sank in 1583 near what is now Biograd, Croatia. Patricia’s current research focuses on the speed of ships over the time period 1750-1850. Using statistical data taken from the Climatological Database of the World’s Oceans (CLIWOC), she is examining patterns in shipping management and ship design that reveal the practices of the Dutch East India Company and the British Empire.

While at Rutgers, she had the opportunity to work on several research projects under different professors. As an Aresty Research scholar, she worked with Rob Scott, using a 3D scanner to examine the morphology of bones from ungulates in the hopes of establishing a standard that can be applied to extinct species. As an independent study, she used geologic data compiled by Craig Feibel to reconstruct satellite-like images that showcase changes in the landscape during a critical period of human evolution. Working under Carmel Schrire, Patricia completed an honors thesis reconstructing the Dutch East India Company’s Oudepost outpost in South Africa. This reconstruction was published in an appendix of Historical Archaeology in South Africa: Matrerial Culture of the Dutch East India Company at the Cape (2014, Schrire (ed.)).